The Elfen Lied Special Side Story is a short manga created by Lynn Okamoto as a collectible extra within the Elfen Lied Blu-Ray release. An 8-page long story, it has not been published in any other languages nor included with releases outside of Japan, where it saw release in 2012, the tenth anniversary of the manga series. It is apparently set not in the manga continuity, but rather, in the anime's, and its time frame seems to be around that of the OVA episode, perhaps occurring some time after that.

On a hot August day, the residents of Maple House are suffering through a heat wave, especially Nana. The small fan is not working, and Nyu is hanging out the side door to get some fresh air from outside.

The idea arises to go the beach, which despite being crowded, enchants them all, most of all Nana and Nyu (Oddly, the two Diclonii wear no hair ribbons or caps so their horns in plain public view; something not explained in-story). The girls are in bikini bathing suits, and Kouta is wearing swim trunks.

Nyu immediately makes for the waves in an inner tube, while Nana spots their sometime-nemesis Bando, though he does not spot the two Diclonius girls. He's more concerned with beach-goers throwing trash onto the beach, which he scoops up while scolding them.

Kouta and Yuka talk quietly sitting on the beach blanket. The music box is also with them, issuing a caption indicating silence, while dialogue from off screen regarding Nozomi, with one speaker, presumably Yuka, thinking Nozomi would enjoy the day, and the other, most likely Kouta, having no idea who Nozomi is.

Not far away, Nana coaxes a reluctant, fearful Mayu into the water, while Mayu would rather sit and cuddle with Wanta. Once in, her splashing about confirms that Mayu cannot swim, and Nana laughs at her inability to swim as well as her discomfort. Thankfully, Mayu is only in danger of embarrassment.

Realizing that a fireworks display is scheduled for that evening, the group changes from swimwear to regular clothes. Kouta and Nyu stare in abject wonder at the display. Yuka is slightly thrown by Kouta's wonder but makes no comment on it. Nana is overwhelmed by the noise and lights of the fireworks, hiding beneath a table, thinking that they are under some enemy's attack. Mayu engages in a little playful payback for the earlier teasing she endured in the water. The piece ends with them all watching the fireworks, with Nana staying under the table. 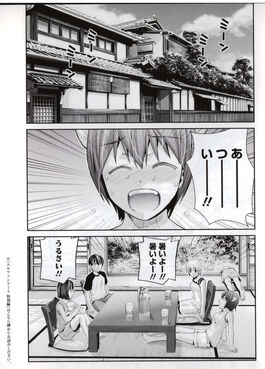 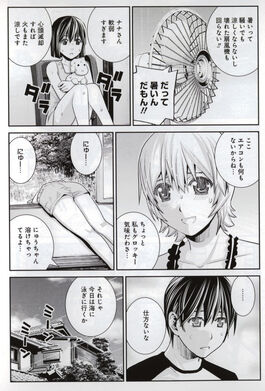 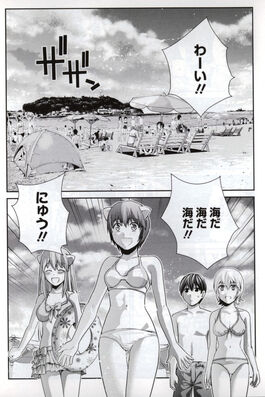 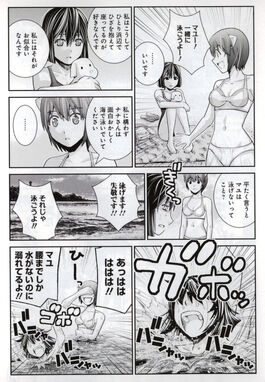 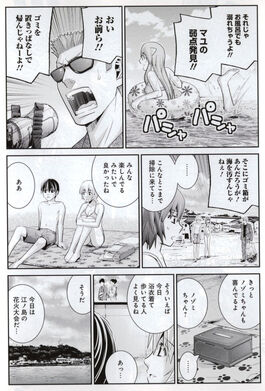 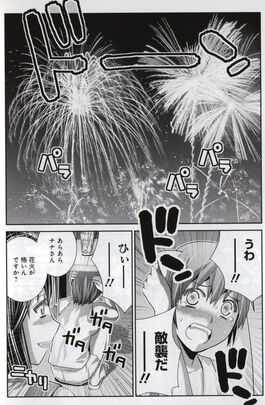 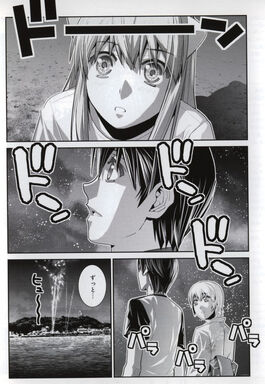 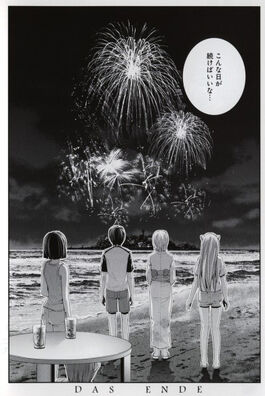 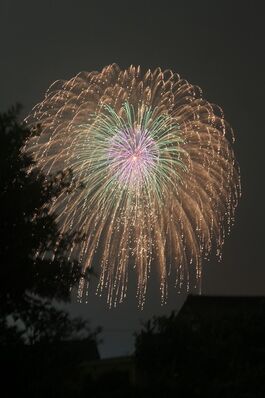 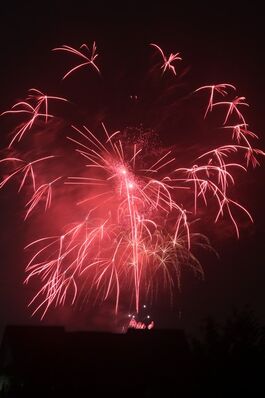 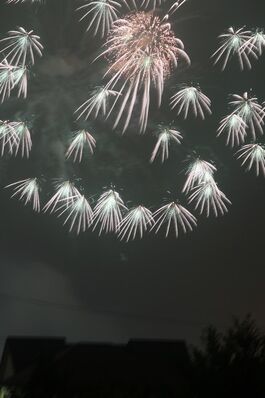