Elfen Lied Tankōbon Volume Twelve is the twelfth and final collection, or Tankōbon, of the Elfen Lied manga series written and illustrated by Lynn Okamoto, published by Shueisha, and released in Japan on November 18th, 2005. The cover features a regretful Lucy standing next to an angry or resolute-looking Kouta. It's a fitting cover, as the contents of this volume pertain to the drama between these two characters that come to a head as the story nears its end.

It makes of up the third and final part of the fourth omnibus volume published by Dark Horse Comics released on October 6th, 2020 in North America.

"Slightly more than three years have passed since the serialization started. I could finally finish Elfen Lied without mishap.

On looking back, this manga was a blessed one. Twelve Comic Tankobon Books were published and the anime version was also made.

Although the story of Elfen Lied came to an end with this volume, it would be my big pleasure if you could occasionally think back on this manga even some years later.

It is uncertain whether I could remain a [professional] manga writer in future as well, but in case I could write another manga, I earnestly wish that many people read that one as well.

I am very thankful that you have been with me until now. I dream of the day when we'll meet again." 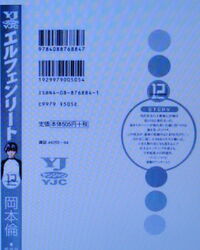 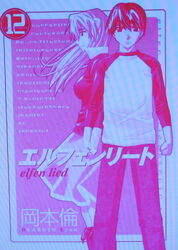 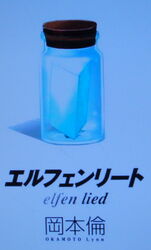 The jar in which Kouta finds a very special note from a friend he always wanted to meet. 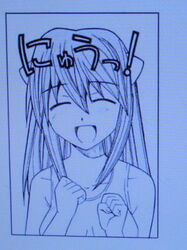 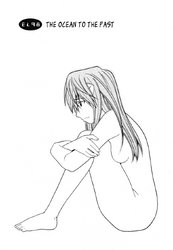 The Ocean to the Past 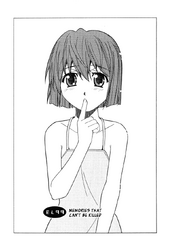 Memories That Can't Be Killed 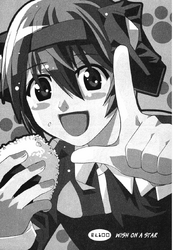 Wish on a Star 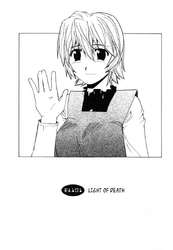 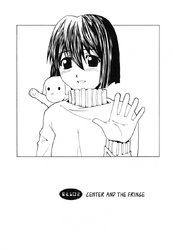 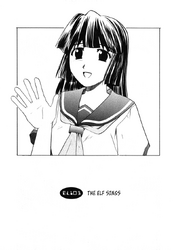 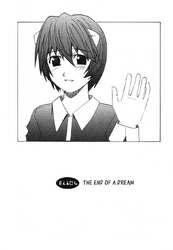 The End of a Dream 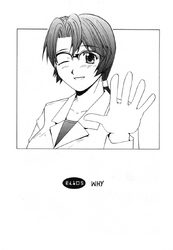 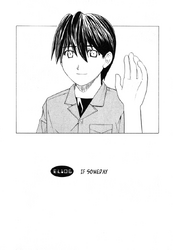 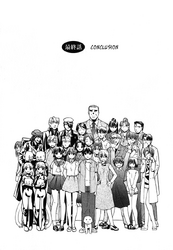 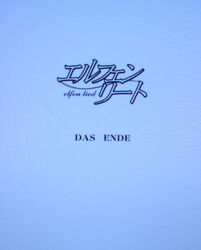 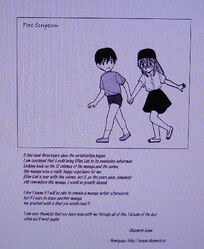 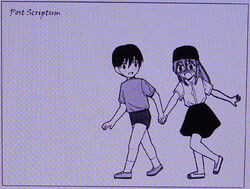 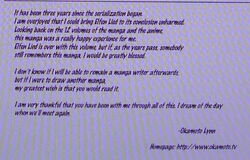 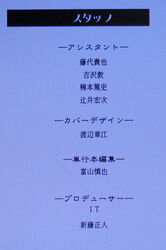