Elfen Lied Tankōbon Volume Six is the sixth collection of the Elfen Lied manga series written and illustrated by Lynn Okamoto, published by Shueisha, and released in Japan on November 19th, 2003. The cover features Mariko, who is introduced in this volume.

It makes of up the third and final part of the second omnibus volume published by Dark Horse Comics released on September 25th, 2019 in North America.

"This is the sixth Tankobon Comic Book of Elfen Lied. When I started the manga, I wished I could issue up to the second volume. Therefore I now feel it's like a dreamlike thing. This is thanks to you all who read Elfen Lied. When the volume one was published, I never imagined that I would eventually face with difficult tasks of choosing colors of the front cover page.

And since the start of the serial publication of the manga, my lifestyle has changed and I seldom go out. My weight has grown and grown and now I am having an unhealthy life. It is hard to believe that I had an inferiority complex because of my skinniness when I was a junior high school student. Being a non-athletic person, I cannot swim for 25 meters even now so I will have a hard time losing my weight...

Wishing that I could see you again in the next comic book." 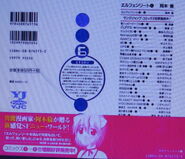 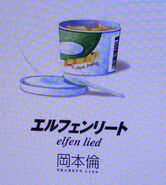 Custard Pudding, a frozen dessert treat such as Nana has never tried before

Tests on the Living

Volume afterword by the author
Community content is available under CC-BY-SA unless otherwise noted.
Advertisement