All 13 episodes, plus OVA

Lilium is the hymnal-like opening theme for the Elfen Lied anime, where it serves as an important story element as well as the leitmotif of the anime and even Lucy herself.

With lyrics based on the Biblical passages in the Psalms (36:30), and the Epistle of James (1:12) from the Latin Vulgate, and the Renaissance hymn, "Ave Mundi Spes Maria," sung in Latin, Lilium is a dominant part of Elfen Lied. Kumiko Noma performs the opening and a full version as well. MOKA is a two-person musician group that composed Lilium and consists of Yukio Kondo and Kayo Konishi. They jointly arranged the lyrics and composed it. The anime director Mamoru Kanbe made a single request to MOKA that the opening theme should be a religious music and this was the background why MOKA chose the lyrics from the Biblical texts etc. Kayo Konishi explains the reason why MOKA wanted Latin verses as follows. While she studied at a mission school, she sang hymns in Latin, and she liked the sounds that the language had. So she wanted to make the opening theme "Lilium" like a contemporary Gregorian hymn.

Kanbe is also known for his personal liking for Gustav Klimt. He used the idea for another anime later again.

In the anime, Kouta and Lucy first meet as young children, and he shows her a music box that plays this theme, which fascinates her. Years later, when she is using her powers to kill some attacking soldiers, she hums this theme, which is among the things that trigger the return of his memories concerning the trauma she caused him out of a jealousy-induced misunderstanding. Since Nozomi never appears in the anime, Lucy/Nyu never learns the song, Elfenlied.

View a PDF with the sheet music: here.

In the anime, the song is played by Kouta's music box. There are other versions and arrangements as well.

Lilium plays in four versions in the anime: the opening version, the Griffin Chorus version, the music box version, and the full version found in the 13th episode. Also present here are the MOKA version and a performance by the Ukrainian Boys Choir Dzvinochok. 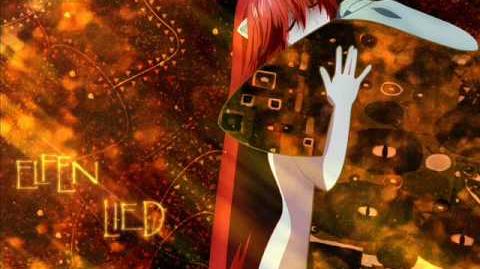 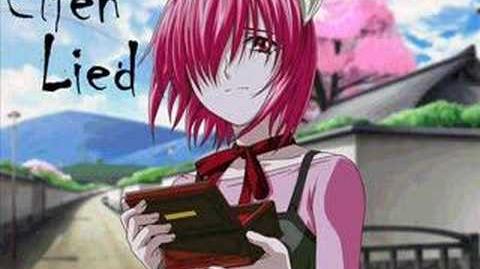 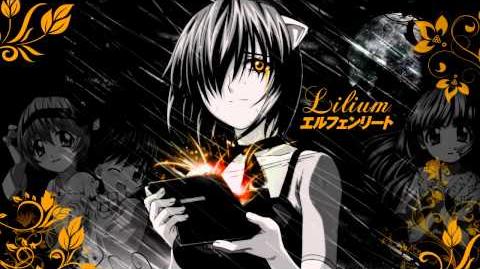 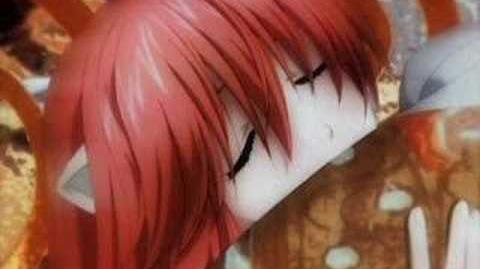 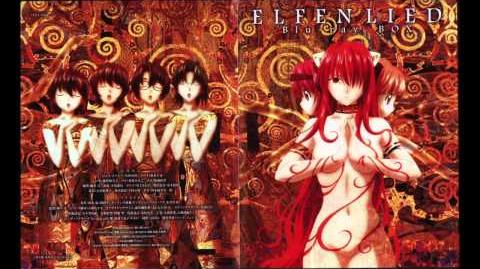 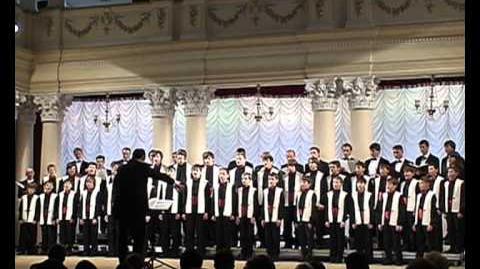 In December 2015, close to Christmas, a Lilium album was released onto CD format by PAKCHYS Inc. The album consists of five versions of Lilium, performed by a mixed chorus brought together by Kayo Konishi and Yukio Kondo.