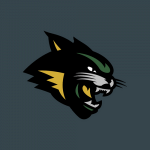 Greetings... my name is Keenan L.

I was introduced to an anime series called Dragon Ball Z over 15 years ago. The series was one of several chief franchises back then that helped popularize Japanese anime here in the United States, among several others during the late 1990's. But to be honest, I didn't pay that much attention to anime or manga in general, not until late in the previous decade when I would finally invest in it.

I came across this little known series back in August 2018 after watching a preview of an episode of Death Battle aired then by ScrewAttack (the now defunct subsidiary of Rooster Teeth, the company famous for works like Red vs. Blue) in an episode that would feature a certain Diclonius facing off against a vicious and unnerving red symbiote. That very episode would be my gateway into the wide world of Elfen Lied, plus all of anime and manga in general.

Most people who are introduced to the medium would take up either Dragon Ball, Naruto, Bleach, or One Piece, some of the finest works from Shueisha's Weekly Shōnen Jump. Elfen Lied on the other hand was published under Weekly Young Jump, a magazine designated for older male audiences. This is not a typical manga series to start with if you think about it, since its themes and morals are presented in a dark and gritty, yet well constructed story along with other Young Jump series. In my opinion, this makes Elfen Lied one of the most controversial, yet greatest series ever made for the industry in Japan, which made it secretly popular over in the United States.

After studying both the anime and manga, I prefer the latter as the superior variant, at least in my opinion. The manga truly follows the Elfen Lied tale as well as having a larger cast of characters. The series speaks of how unfair and cruel the world can be, along with showing people at their worst... or at their best. And for those who have been through the darkest of times, each character hopes for a better tomorrow in a rather bleak setting. Some characters rise from troubled pasts and deal with their flaws across each chapter, while others falter and are forever cast into the darkness.

From the large cast of characters to the lore of the series as well as the morals covered, Elfen Lied is a series I love despite some of its baggage. It is a series that will either make you cry or stand up and cheer. From a series that started in 2002 and ran until 2005, covering 107 chapters across 12 volumes, it holds up quite well, even in the face of a newer generation looking past it. The series has gained a cult following to many here in the United States, mostly for obvious reasons in relation to the anime.

17 years after the official release in Japan, the original manga volumes are currently being released across North America via Dark Horse's manga division in four separate omnibus collections, Omnibus #1 was released in June 2019, Omnibus #2 was released in September 2019, and Omnibus #3 was released in February 2020. Omnibus #4's release date is set for a tentative September 2020 release and is subject to change.

All thanks to this near forgotten series, I have become a loyal fan of Brynhildr in the Darkness, Lynn Okamoto's other major work. The series, which started in 2012 and ran until 2016, covering 181 chapters across 18 volumes, is a spiritual successor to Elfen Lied that focuses on Old Norse Mythology, its underlying themes in relation to the myth, and even extraterrestrials. Currently, Lynn Okamoto is working on an isekai series for Kodansha called Parallel Paradise, which is being serialized under Weekly Young Magazine. The series was given an English version via Seven Seas Entertainment, with the first volume having been released in March 2020.

As of March 14, 2020, I now have an account on AniList under the same name. My profile features every manga / light novel series I have seen, checked out, read completely, you know, the basic stuff. You can check the link above to the website if you like.

As I read each chapter across the manga, I was impressed by the cast of characters that Okamoto created for this dark, yet well constructed tale. This list is based on the either the anime of manga version of each character. Also, this is my opinion, not a general list, so you don't have to worry.

Retrieved from "https://elfen-lied.fandom.com/wiki/User:Bobcat94?oldid=42441"
Community content is available under CC-BY-SA unless otherwise noted.